Winners of the fifth edition of the Excellence Award from the Professional Development Foundation (PDF) were honored in a celebration at the National Museum of Egyptian Civilization on the 20th of October under the auspices of the Ministry of Social Solidarity.

The annual award aims at promoting NGOs who contribute to solving societal problems.

The winner of the first prize, valued at LE150,000, was Al Shagara Foundation for Development and Art in North Sinai. The award was granted for the association’s project to establish a cultural center "Shagara art".

In second place came the Egyptian British Pediatric Association. The EGP 100,000 award was given to the association for their project  “Al Mashowra Al Awsarya.”.

In third place came the Resala Nour Ala Nour Association and were given EGP 75,000 for their Egyptian Hadouta project “Ezbet El Ward.”

In addition, PDF presented the award for the best NGO to raise and spread awareness. The award went to the Egyptian British Pediatric Association for their impactful project “family models,” that aims to raise development ideas via social media platforms to benefit the largest number of users and motivate them to engage in volunteer work.

For the first time, PDF has expanded its development and awareness goals this year, introducing a new award under the slogan “Civic pioneers award ” to honor philanthropic public figures. This year, The committee chose Moataz Al-Alfi, Yosryia Luza, and honor the name of Evelyne Porret for their developmental role over the years .

Since its launch in 2016, more than 1500 NGOs participated in the NGOs Award of Excellence competition. In 2020, over 1000 NGOs applied to take part, and only 14 civil society associations made it to the final round. 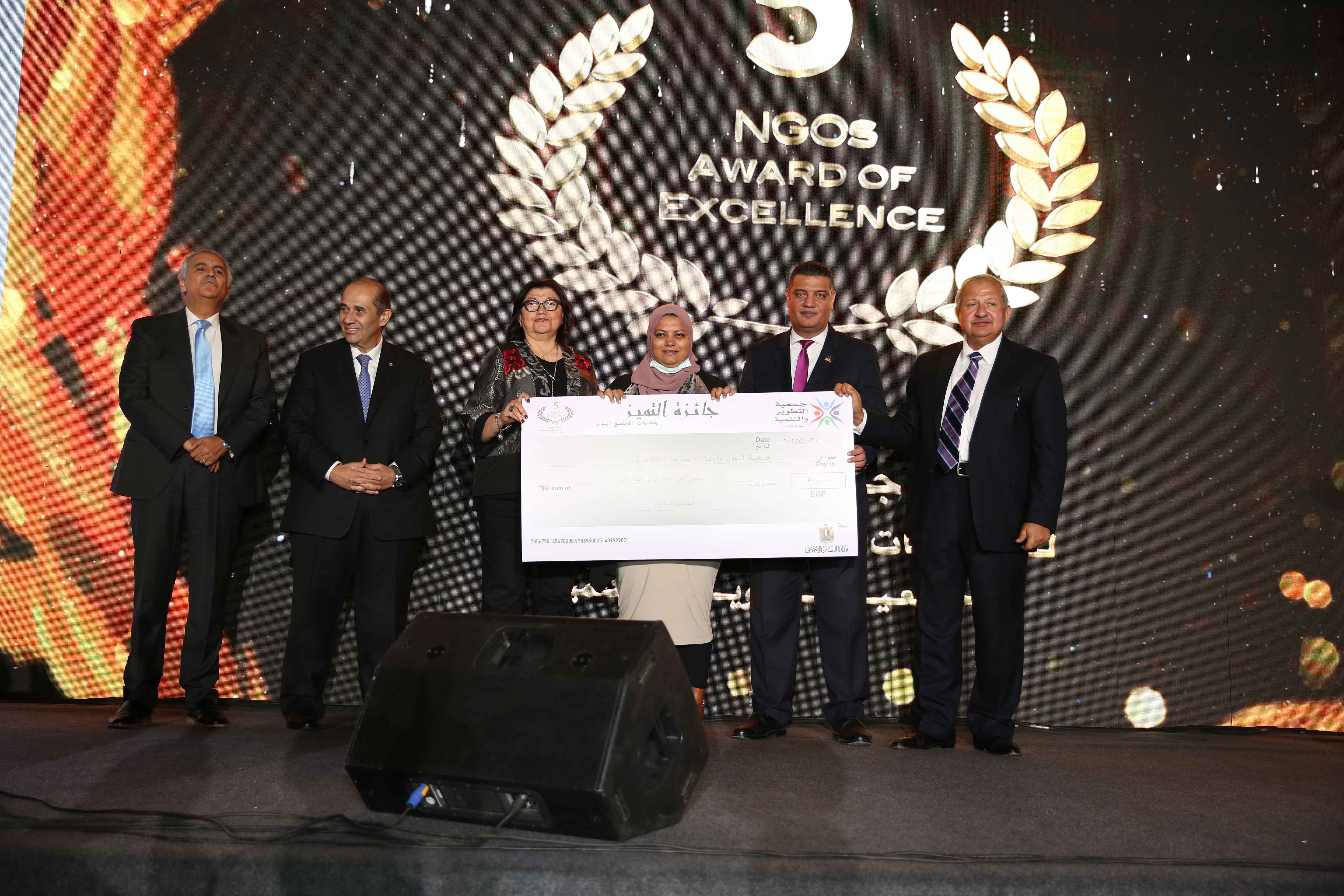 Apply to our programs

The way of getting ahead is getting started!

Your pathway to a world of opportunities

The website is under testing, your feedback is highly appreciated.
E-mail our web master at: melmalky@pdf-eg.org